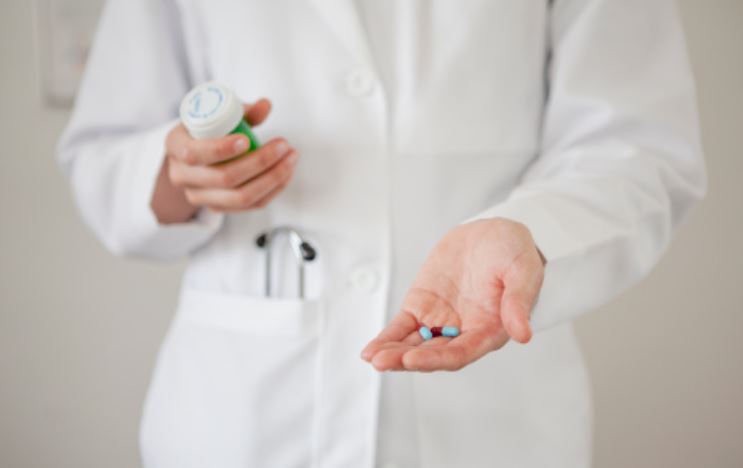 The general form of the prescription drug soma is known as carisoprodol, which is used for alleviating pain from muscle spasms and relaxing muscles.

Carisoprodol is from the group of drugs called muscle relaxants.

The ‘Carisoprodol High’ and Abuse

Among all muscle relaxants, carisoprodol is known for having the greatest abuse potential and causing drowsiness.

As put forward by the anecdotal reports, drug abusers usually combine carisoprodol with two other medications, hydrocodone and benzodiazepine alprazolam (Xanax), to prepare a cocktail called “The Holy Cocktail” or “The Trinity.” Considering its potential for abuse, carisoprodol is an FDA-scheduled drug, but it is subject to the Controlled Substances Act.

Make sure to keep the drug away from teenagers, children, or anyone for whom it may not be prescribed as there are some serious risks and side effects involved.

If you are allergic to carisoprodol or any of the ingredients, you should completely avoid using it.

However, if you are not allergic but have any of the following conditions, consider referring to a physician before taking the drug.

Moreover, if you have any physical disabilities or are of advanced age, it is suggested to take carisoprodol with special care under a doctor’s guidance.

While it is uncertain if the drug causes any harm to an unborn baby or fetus, you should notify your doctor if you are pregnant or planning to become pregnant before taking the medication.

Also, breastfeeding mothers are recommended to consult a physician.

The common side effects of carisoprodol include headache, drowsiness, sleepiness, and dizziness.

If these conditions are persistent or become severe, you need to speak to your doctor and seek medical care immediately.

Another condition is a severe skin reaction where the skin peels, becomes extremely red or develops large bumps and blisters.

This life-threatening condition is known as erythema multiforme. Other symptoms are swelling of the tongue, lips, and mouth (also called angioedema), feeling of confusion and agitation, extreme weakness, paralysis, and poor coordination.

You may also experience seizures, lightheadedness while standing and sitting new infections, or fatigue after taking the medication.

It is not uncommon to feel ‘weird’ when you stop taking carisoprodol after consuming it for a long time.

It is always important to discuss all of your treatments with your pharmacist and doctor, including any over-the-counter (OTC) medications (nutritional shakes, vitamins, protein powders, herbal treatments, etc. medicines) as well as any recreational or illegal drugs.

When you are using carisoprodol, it is advisable to avoid the intake of clopidogrel (Plavix), drugs that contain doxylamine, carbinoxamine, sodium oxybate (Xyrem), and ticlopidine (Ticlid).

Carisoprodol is known for interacting with various groups of drugs such as:

Drugs like belatacept (Nulojix) and adalimumab (Humira) that suppress your immune system and allergy medicines also interact with carisoprodol.

Individuals taking the chemotherapy drug acrivastine are advised to avoid taking carisoprodol at the same time.

Other drugs that can interact with carisoprodol are tocilizumab (Actemra) and thalidomide (Thalidomid).

Furthermore, drinking alcohol while you are taking the medication can worsen your nervous system and impair movement and increase drowsiness.

Make sure you restrict your consumption of alcohol with the intake of carisoprodol.

Furthermore, grapefruit juice is commonly believed to interact with the drug. Still, both the juice and the medication are broken down through different pathways in the liver, so it is not likely for a reaction to occur.

Medications such as the prescription drug rifampin (Rifadin) and herbal supplement St. John’s wort may reduce carisoprodol’s ability to work.

The recommendation is to take the tablet with a full water glass, whether you have eaten anything or not.

It is better if you have not eaten since eating can delay the effects of the medicine.

Make sure you do not take two doses of the drug at the same time.

Previous ArticleOver The Counter Muscle Relaxer – All You Need To Know [THE GUIDE]Next ArticleBenadryl And Ibuprofen – Can You Take Both? [SIMPLE ANSWERS]