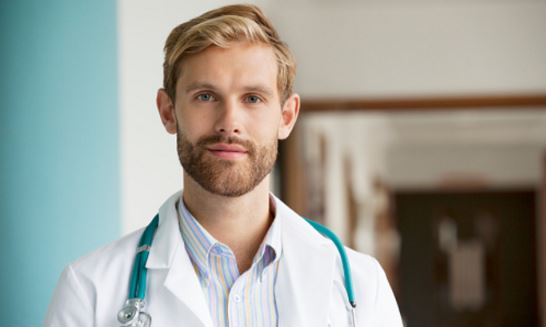 There are many different medications, which are frequently abused.

Although the most commonly abused drugs tend to be painkillers, some people also abuse ADHD medication.

This includes Vyvanse. Over the past few years, the rate of stimulant abuse has soared higher and higher.

Vyvanse is a habit-forming drug, so using it for the short-term or long-term can easily result in an addiction.

Is it possible to achieve a Vyvanse high, and what the potential consequences of doing so are? You’ll be able to find out below.

First and foremost, you should understand the potential long-term consequences associated with Vyvanse abuse.

As mentioned above, the drug is addictive. Utilizing it for a lengthy period will substantially increase the risks.

Even those that use the drug recreationally are putting themselves at risk of becoming addicted. And, addiction is nothing to scoff at.

Untreated addictions can spiral out of control and result in jail time, homelessness, and premature death.

If you have been abusing this medication to achieve a Vyvanse euphoria, you must immediately seek medical attention!

How Is It Abused?

Many people will go above and beyond to achieve a high. They’ll inject and snort medications, regardless of the consequences.

This is also true with Vyvanse. Drug abusers commonly snort this specific drug.

They fail to realize that they’re putting themselves at risk every time they abuse this medication.

Snorting any substance could result in irreparable damage to your nostrils and nasal cavities.

Even consuming the medication orally can be dangerous if you take dosages higher than what has been recommended by your doctor.

Those that have become addicted to the sensation of being high will do anything to reach that level of euphoria once more.

This includes putting themselves in dangerous situations. Despite the severe consequences associated with Vyvanse abuse, many people misuse the drug every day.

Before you consider doing so yourself, it is vital to familiarize yourself with the potential consequences. The most common negative side effects of Vyvanse abuse can be found below.

Remember that an untreated addiction will only worsen. Eventually, you’ll find yourself reaching for harder and more dangerous drugs.

If left untreated for too long, your addiction will result in an overdose and potentially even death.

There are severe consequences associated with addiction regardless of the specific substance you’re abusing.

Many drugs, including Vyvanse, can have a snowballing effect, which will result in you graduating from soft drugs to hardcore drugs.

Consistent abuse of any medication can lead to kidney and liver damage. Depending on the method of abuse, you may also increase your risks for contracting HIV and hepatitis.

Abuse of some medications can lead to neurological damage and hormonal irregularities.

Although your current Vyvanse abuse might be minor at this point, it could spiral into something devastating and life-threatening very rapidly.

Attempting to reach a high by abusing Vyvanse can be incredibly risky.

Whether you use the drug on the weekends or it has transformed into a daily habit, it is essential to put an end to the abuse before it turns into something far worse.

Remember that there is help out there.

There are substance abuse counselors and rehabilitation clinics throughout the country that are more than willing to assist you with this specific problem.

Insurance policies often cover Their services, so there is no excuse not to seek help.

Taking On An Empty Stomach

Vyvanse is becoming a very popular stimulant among college students because of its euphoric side effects.

Many of these individuals have claimed that it will deliver an instant rush by taking Vyvanse on an empty stomach. The main reason for this is because there is no food content in the stomach to interfere with its digestion.

It is a fact that eating before taking any medication types can prevent or decrease the absorption rate. The results could potentially decrease the effectiveness of the medication.

The liver is responsible for metabolizing Vyvanse, and all medications are taken orally.

Once the liver breaks down the medication, the byproduct will be distributed to different parts of the body and the bloodstream. This process is necessary to make Vyvanse active and, at this time, is when the euphoric side effects begin to take place.

You do not need to crack open the capsule and crush the beads to receive a Vyvanse euphoria.

Of course, this does not mean that this does not happen, but only that it is unnecessary. The beads must be crushed into a fine powder before it can be snorted, so anything is possible.