Here’s How to Stop Panic Attacks

A panic attack is a sudden period of excessive fear and apprehension. Individuals who suffer from panic attacks experience other symptoms such as shortness of breath, dizziness, and heart palpitations. In fact, some patients find it extremely hard to breathe when suffering from an attack. Patients perceive everything around them as surreal during a panic attack. A panic attack is also referred to as an anxiety attack. The nature of panic attacks is abrupt, and the peak of attacks is reached after 10 to 20 minutes. It has been observed that in some cases, panic attacks last for several hours. Despite the duration of panic attacks, physical harm has not been observed. These attacks are not considered dangerous. Still, several individuals who suffer frequently often question how to stop panic attacks. After an attack, numerous patients suffer from impaired psychological functioning for a while. Symptoms of impaired psychological functioning subside quite soon.

A majority of the individuals who experience a panic attack for the first time mistake it for a heart attack or in some cases even a nervous breakdown. Most sufferers fear two instances the most. The first scenario that causes panic attacks among patients is impending death, while the second is losing one’s sanity. These two instances are said to be part of the most prevalent psychological theme that has been observed in patients. Individuals who suffer from attacks are advised to seek medical attention at the earliest since; if these attacks are neglected and left untreated, individuals may develop disorders related to panic. Frequently occurring panic attacks may lead to panic disorders. Individuals suffering from this disorder are compelled to abstain from daily activities as fear and apprehension take over every aspect of their lives. Tools for the efficient screening of panic disorders are used to assess the severity and to suggest further diagnostic assessment.

A panic attack is distinguished from other forms of anxiety disorders based on the abrupt and episodic nature. Panic attacks are often experienced, along with some other psychological conditions.

An overview of symptoms

To learn how to stop panic attacks, one needs to comprehend the symptoms of an attack. Hence, these symptoms have been listed below:

Basic steps to stop these attacks

The two types of medication that are commonly used for treating panic attacks are:

Benzodiazepines are a form of antidepressant. However, their action and benefits are quicker. To provide relief, Benzodiazepines require 30 minutes to an hour. They can be consumed during an attack, and symptoms are overcome within an hour. 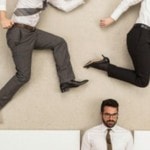 Information on How to Overcome Anxiety 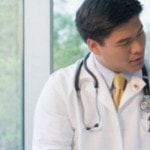 Oxycodone Withdrawal Timeline And Much More

Information on How to Overcome Anxiety