Vyvanse Vs Adderall – Difference Between Them [SIMPLE EXPLANATION]

Millions of children and adults suffer from symptoms of ADHD daily. This specific ailment is capable of impacting the entirety of your life.

Unfortunately, there is no perfect rectification of this disorder.

A few medications can provide patients with relief, but these medications aren’t always effective, and they do come with some risks and negative side effects. The most common treatments include Vyvanse and Adderall.

Both have proven to be effective for calming the patient, but they work differently, and both have risks, which are difficult to ignore. The Vyvanse vs. Adderall debate continues and will be explored in greater depth below.

Before attempting to determine which medication is best, it is essential to examine each individually.

Vyvanse is a stimulant that directly impacts the central nervous system. This specific medication will alter the chemicals in your brain, as well as nerves.

The targeted chemicals and nerves are responsible for impulse control and hyperactivity. So, the result of consuming this medication is that the patient will calm down to some degree.

This has helped to make Vyvanse a common treatment for ADHD or attention deficit hyperactivity disorder. The medication is commonly consumed by adults and children of at least six years of age that have ADHD.

Of course, this isn’t the drug’s only use.

Although it should not be used to combat obesity, it is often prescribed to people that suffer from binge eating disorders. The active ingredient within Vyvanse is lisdexamfetamine.

The Basics Of Adderall

Adderall is a mixture of dextroamphetamine and amphetamine. Both are central system stimulants and work similarly to Vyvanse.

The medications alter the chemicals and nerves in the brain that are responsible for impulse control and hyperactivity.

Adderall is utilized for an abundance of different purposes but is primarily used to treat attention deficit hyperactivity disorder.

It can also be used to calm the symptoms associated with narcolepsy.

Although there are many commonalities between Adderall and Vyvanse, they’re also different in various ways. These similarities and differentials will be explored in greater depth below.

Adderall XR is a combination of medication, which is also utilized for the treatment of ADHD. Like the traditional Adderall, the XR variety contains dextroamphetamine and amphetamine.

The only difference between Adderall XR and Adderall is the fact that the XR version offers extended-release.

The relief provided by Adderall XR can last anywhere from 10 to 12 hours.

Since the medication delivers long-term relief, it is primarily only used once per day, whereas the others are consumed multiple times throughout the day.

This specific version of the medication is best for those that have a history of drug abuse. The extended-release delivery helps to cut down on the risk of developing an addiction to the Adderall.

Before going any further, it is a good idea to acknowledge that both medications have proven habit-forming.

Although this will undoubtedly give you concerns, it is essential to remember that you can diminish the risks by following your doctor’s dosage guidelines. If you’ve been forced to confront substance abuse problems in the past, it may be best to steer clear of both medications.

However, through proper use and moderation, most patients will be able to benefit from these drugs without falling prey to addiction.

Before consuming either medication:

You should consult with your primary doctor. He or she will provide you with detailed instructions for administering the drug.

Be sure to follow their dosing guidelines and schedule strictly.

This will make certain that you’re able to diminish your condition’s symptoms, without becoming physically or mentally addicted to one medication or the other.

Who Are They Prescribed To?

Adderall entered the market in 2001 and has been prescribed to millions of individuals who have ADHD.

While it is very effective in blocking the neurotransmitters, it poses high risks for addiction. Vyvanse entered the market in 2007 and has become a very popular amphetamine.

Many psychiatrists prefer it over Adderall because it is less likely to be abused by adolescent and adult patients.

Patients taking a routine MAOI inhibitor and pregnant or nursing women should not be prescribed these medications.

The medicine will cross through breast milk and the placenta to the fetus. Individuals that have been diagnosed with cardiovascular disorders should relay this information to the physician.

See also  How to Make Vyvanse Kick in Faster?

Both of these medications can enhance the cardiovascular side effects, increasing the risk of a heart attack.

Vyvanse is prescribed as a once-daily medication, which is often taken each morning. To get the maximum benefits from this drug, you should try to take it at the same time every day.

This will help to keep the medication at a therapeutic level in your bloodstream. Unlike Adderall, which is taken in two to three separate doses in 24 hours, Vyvanse is only taken once a day.

You will not begin to feel any effects from Vyvanse immediately after consumption.

This is mainly because the medicine remains in an active form until it enters the digestive tract. It will be converted into an active form and at which time you will begin to feel the effects.

According to medical research, it has been determined that the effects can last around 14 hours.

While this may not make much difference for patients covered under a healthcare plan, it will mean everything to those that are uninsured with prescription coverage.

If you do not have prescription coverage, you should always ask the pharmacist about coupons before paying full price.

Another similarity shared by both medications is the consumption guidelines. Both drugs can be used safely by anyone over the age of 6.

However, Adderall is a little bit different. This specific medication is sometimes used for children between the ages of 3 to 5 years old.

Of course, the specific dosage given to these individuals is very minute. Those between the ages of 3 and 5 should not consume more than 40 mg per day.

Vyvanse is generally only acceptable for children over the age of 6. Again, it is essential to consult with your child’s primary physician before administering medications, especially stimulants, such as Vyvanse and Adderall.

See also  Can You Take Vyvanse and Lexapro?

Both of these medications are capable of interactions with others. Although both can be used in correlation with one another, this happens rarely and is not recommended.

When consuming Adderall, it is good to stay away from antacids, antidepressants, and even blood pressure medication.

Narcotic pain medications, allergy drugs, and lithium should also be avoided. Vyvanse is very similar and can have an assortment of interactions with various other drugs.

When using Vyvanse, it is essential to stay away from Cymbalta, Lexapro, Zoloft, Synthroid, and Prozac.

When it comes to both medications’ side effects, you will find an array of commonalities. Both can result in major side effects, but experience these are generally very rare.

Also, remember that proper dosage and consumption can help to decrease your chances of experiencing any side effects what so ever.

Below, you’ll find a list of the potential side effects shared by both drugs.

As long as either medication is used moderately and only for the short-term, most patients will avoid complications and prevent themselves from developing an addiction to the substance.

Ever since ADHD has become an epidemic, various studies have been carried out on the various treatments, including Adderall and Vyvanse.

Those studies’ conclusions have been erratic, and none have provided a definite answer regarding the effectiveness of both drugs.

The truth of the matter is that studies have shown that both medications can be effective for diminishing the symptoms associated with ADHD. Some have sided with one drug and some the other.

So, which is truly better?

When it comes down to it, there is no real answer. Each patient will be impacted differently by both drugs.

Some will find that Adderall works more efficiently, while others will prefer Vyvanse.

So, it may be essential to try both for a short period, until you’re able to find the one that works best for your specific situation. Just make sure you do this under the supervision of a qualified medical professional. 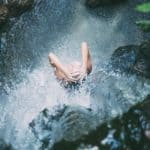 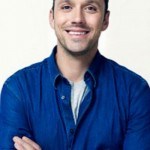 Stool Softener – 10 Natural and Effective Over The Counter